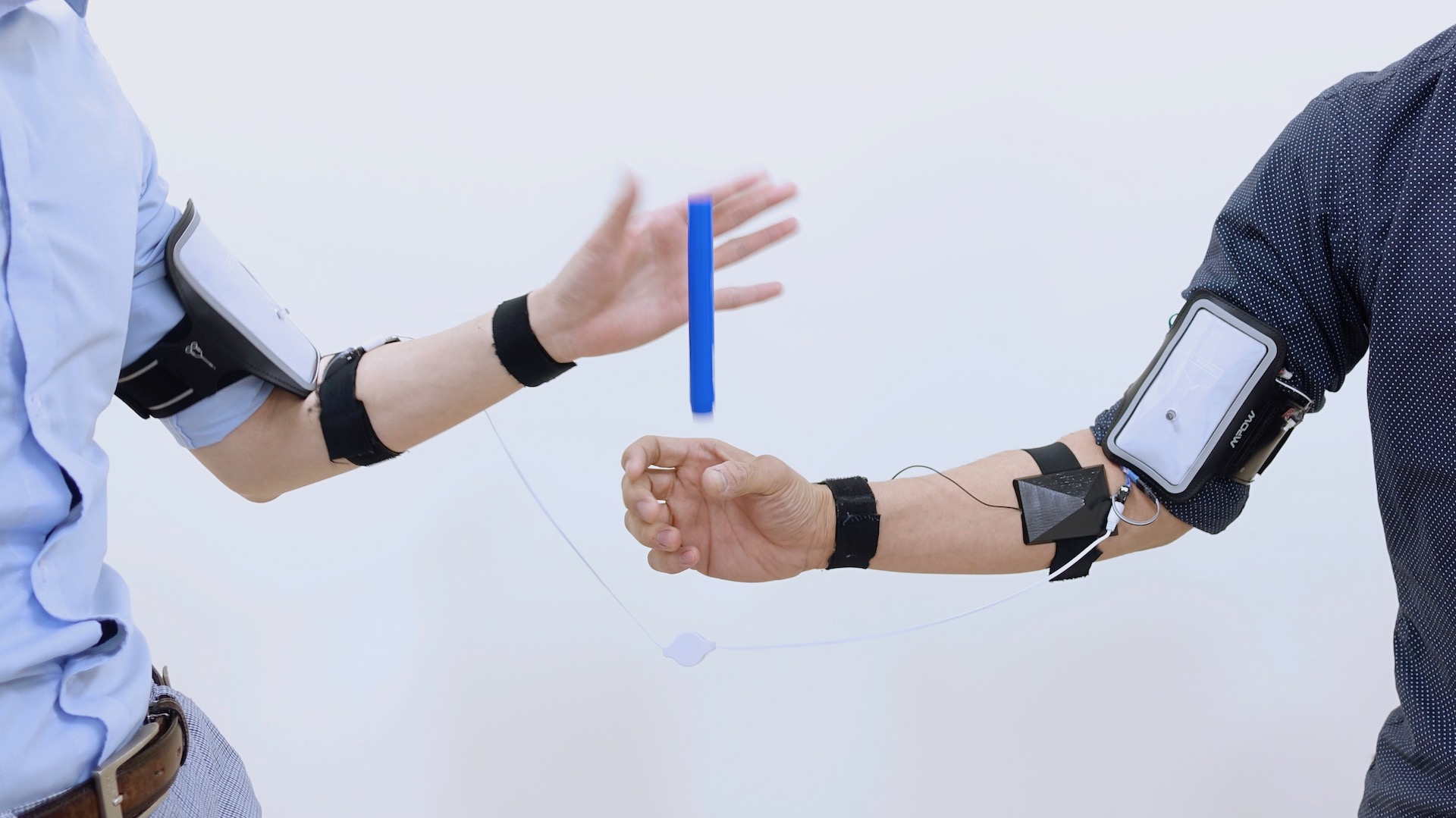 Instantaneously generating own body movements in response to the movement of others, such as establishing defensive posture in sports and learning kick-out timing from therapists in gait rehabilitation, is an essential aspect of interpersonal exercises and contact sports. However, ignition of movement based on a visual stimulus requires approximately 250 milliseconds (ms), which is too late for certain interpersonal physical interactions that require immediate reaction.

Thus, we introduce “Wired Muscle,” a system that connects muscle activities between two persons using electromyogram (EMG) measurement and electrical muscle stimulation (EMS) to generate responsive movement that are faster than those generated by the visual information-based process. Our system detects the muscle activity of a person by the EMG and triggers the EMS to drive the muscle of the other person to induce corresponding counter movements. In a pilot study using our system, the reaction time to the motion of another person could be shortened to approximately 60 ms. In addition, some participants perceive that the kinesthetic reaction was performed by their own will even though the muscle movement was electrically driven by prior stimuli. We envision that our system will enable direct connection of kinesthetic experiences among multiple persons and will form the basis for a novel paradigm of motor learning.